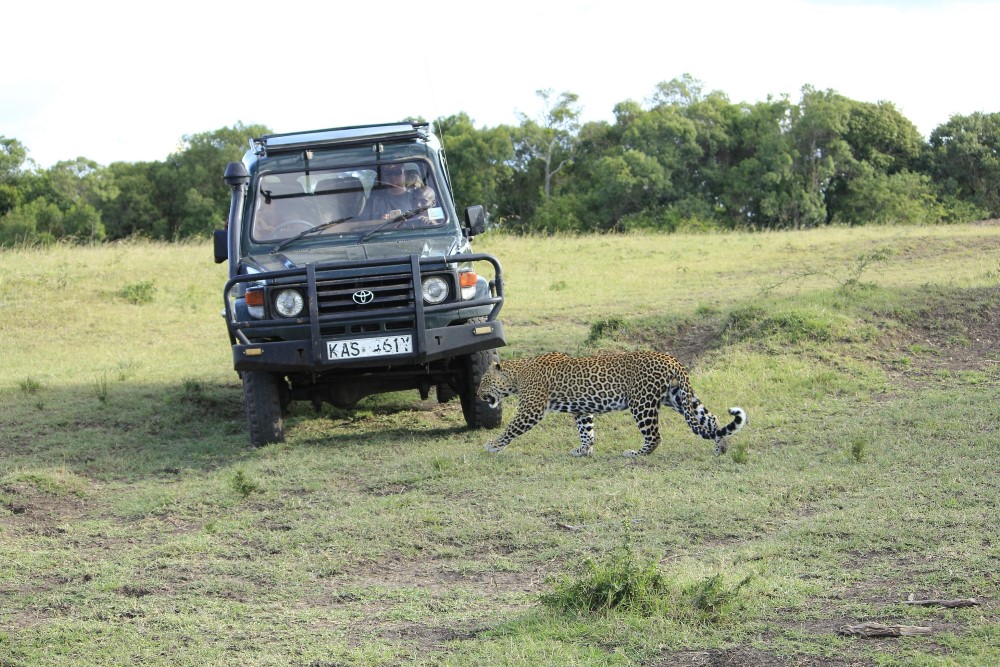 10 Things You Should Never Do On a Wildlife Safari Kenya

When going for a wildlife safari Kenya, always remember that you’ll interact with wild and untamed game animals. Like any other setting, a Kenyan safari has its dos and don’ts to be observed to be safe. The country hosts various beats that are unpredictable and should be approached with caution. As much as you will have a good time, there are certain things to avoid, and here are the ten things you should never do when on a Wildlife Safari Kenya.

Your 4×4 truck is the safest place to be. This is because you can initiate a fast getaway in case things worsen. Don’t be fooled by the sleeping pride of lions yards away that you decide to approach on foot. These animals have sharp instincts to detect even the slightest movements; one wrong move and you might be their next meal.

Elephants and rhinos also are animals you should avoid approaching. The tour guides know the parks well and will take you to spots where you’ll get the best views. If you wear camouflage, you’ll be mistaken for a hunter by the wildlife conservers patrolling the parks. Game hunting is illegal in Kenya, and the authorities take poaching seriously. You might see some guides wear camouflage suits, however, do not be tempted to do so.

Also, avoid wearing brightly colored clothes on these safaris. This is because some animals get intimidated by the bright colors and tend to go on the offensive.

3. Don’t Yell After Spotting an Animal

One of the main reasons why you have a guide is to take you around and show you the animals in each area. If you spot an animal before they do, keep your voice down as you notify them. Yelling either triggers an attacking mode or causes the animals to scatter away. This is why you might notice the guides turning the car engine off as a herd of elephants approach because it is safer to maintain the silence.

One of the main objectives of going on a wildlife safari Kenya is to spot and capture the game animals from the best views. However, this might sometimes not be the case when you only see the animal’s back or tail. Don’t be overambitious to get the best view and throw caution to the wind. The guides know the parks better and will take you to spots with the best views. If you aren’t satisfied, be patient and wait for the animal to move.

Kenya is a safe country to visit and has hosted many tourists worldwide. However, the northern region is where you don’t want to step foot. This region borders Somalia, a country known for hosting the Al Shabaab terrorist group. The group is responsible for attacks on counties in the northern part, such as Garissa county.

You’ll also realize there are no attraction sites in these areas and no tour companies offering trips to these destinations. So if you are on a private safari, avoid the northern region like the plague.

Smoking might be legal back home, but it is prohibited in Kenya, especially in public utilities. It is illegal to smoke in hotels, theaters, malls, restaurants, etc. Smoking is forbidden everywhere, whether in the bushes or rural areas.

There are incidents when tourists smoke and get away with it; however, if caught, the offenders pay a fine of between 50,000 to three million Kenya shillings. Therefore, if you want to smoke, ask, and the experienced tour guides will take you to the nearest smoking zone. Also, note that smoking tobacco is acceptable; however, drugs such as marijuana are illegal.

As you go on a wild trip to the Kenyan savannah, remember that it is home to game animals. Though rough conditions might trigger some allergic reactions or discomfort, do not litter the area; leaving these biodegradables behind poses a health risk to the animals.

Also, even though they might not say it, littering offends the tour guides. Therefore, respect the wildlife home and dispose of the litter correctly once you return to camp. Preserve the environment always!

The national parks and reserves are not petting zoos but wild spaces. Therefore, avoid feeding the animals, even if you try to be friendly. Don’t think it isn’t dangerous because an animal is not a man-eater. Beasts like elephants and giraffes are unpredictable and can become violent instantly. Animals such as ostriches can also give you a nasty pecking that could hurt you bad.

Another thing is avoiding touching or petting animals as tempting as possible. As it might be attractive to pet the baby elephant, remember that the mother is around and will flip you and the touring car if you get too close.

A Kenyan safari is not your everyday setting, so you have experts to guide you. Please don’t be ignorant of the advice they give you. Always heed the guide’s advice even if you have booked a flexible private safari tour. If they advise against going to a particular spot, don’t argue; listen and seek other alternatives. Remember, nobody likes a know-it-all, especially in a place you’ve visited once or twice. Another thing, don’t act to the locals. Instead of looking down on them, or avoiding them, interact appropriately. Also, don’t go overboard and start giving money or candy to the local children. Instead, take some time to study their local customs and cultures that you will find interesting. Treat the locals with respect, and you’ll be amazed at how amazing the people are.

The best way to appreciate the guides after a successful tour around the wild environment is to tip them. Remember that Kenya is a developing country; any income counts, however small it seems. These guides are keen on making your safari experience magical, and a generous tip will make their day. Also, note that the country relies heavily on tourism, and your tip will make a difference.

A wildlife safari Kenya exposes you to the untamed lives of the animals that look cute in pictures. Similar to any setting, there are general safari rules all tourists should follow if they wish to have a trouble-free adventure. These rules are easy to follow and aim at preserving the animals, parks, and you so that you can have a place to experience the next time you visit.